Hi.  It’s me.  It’s been awhile- but I have TONS of posts that are on their way to being published.  So bear with me!

Are you a fan of meat?  I am.  I LOVE steaks, hamburgers, pork chops, fried chicken, rotisserie chicken, meatballs… I could go on and on! Found this old pic of me, circa 2006, munching down on a turkey leg.  Hahaha!  Wahoowa beat the Hokies! (I don’t believe we did but whatever)

But one of my most favorite “meaty meals” are RIBS.  Growing up, my little sister’s fav food was RIBS.  Every birthday, besides her parties, was a night out to dinner to get some ribs.  I cannot for the life of me remember the place but it was a sports bar right off of 29N here in Charlottesville.  They had some DELICIOUS ribs.

Never did I ever think I’d be able to create a delicious tasting rib on my own.  I always bought the preseasoned bag of ribs and threw it in the oven or on the grill.  There’s nothing wrong with that- but now that I have an instant pot… game changer.

I like my ribs sweet.  Not too sweet, but juicy sweet.  I like them tender but not too tender.  Did you know that if your ribs are “fall off the bone” tender they are actually overcooked!?  According to my friend, Grill Beast, ok, he’s not my friend IRL (in real life) but whatevs, the meat should pull away from the bone effortlessly.  Seriously, read for yourself:

Few meals beat succulent ribs with seductive flavors and the perfect degree of tenderness. However, there’s much debate over texture. While some people are adamant rib meat should fall off the bone, others are equally unyielding in their opinion that meat should pull off the bone easily and cleanly. Who’s right?

Well, by widely accepted competition standards, the latter group has it. Properly cooked ribs should have a crusty bark with a slight crunch and chew, as well as tenderness with a slight resistance. The meat should effortlessly come away from the bone with each bite, but it shouldn’t fall off the bone. In fact, if the meat has a mushy texture or it flops onto your plate as you’re lifting the rib to your mouth, it’s likely overcooked.

Taste and preference are subjective though. You’re free to enjoy meat that falls off the bone. Just don’t go around calling your opinions fact. If you’re a budding competitor, it certainly won’t do you any favors.

I always thought I needed to cook it until it fell off the bone.  Who knew.

Funny story, I hate getting food on my fingers- so I eat ribs, bbq chicken, wings, and anything other normal people eat with two hands… I use two forks.  I use them like my talons. See pic above- clearly, I couldn’t find forks so I used napkins. Okay okay… back to the recipe.

I have tried a few rib recipes up to this point.  Some were way too seasoned, some were not enough and then I found it… just right.  I found this recipe online but tweaked it, as usual, to be my own.  I didn’t have some of the ingredients so I modified.  I must say- these are actually the BEST ribs I have ever had.

Now, I haven’t gotten to making my own bbq sauce for the ribs yet, because, you know, I got this whole mom job and a few other jobs on my plate, so I use Sweet Baby Ray’s.  It’s so good y’all I could drink it.  Ew, no, I would probably be sick- but it is tasty.

I added some frozen sweet corn on the cob (bought at Walmart) to my instant pot when I cooked up the ribs.  Per my Bubbins, I the best corn on the cobb he’s ever had.  So if you want a meal in a pot, here you go!

So here’s the recipe.  I didn’t take pictures of every single step as I know you all can figure out how to dump spices into a bowl.  HEHE.  I hope you enjoy!  Leave me a comment and tell me what you think!

Leave me a comment! I'd love to have your input. Cancel reply 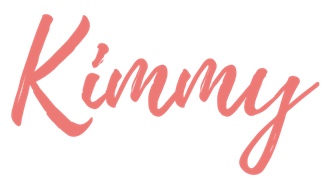